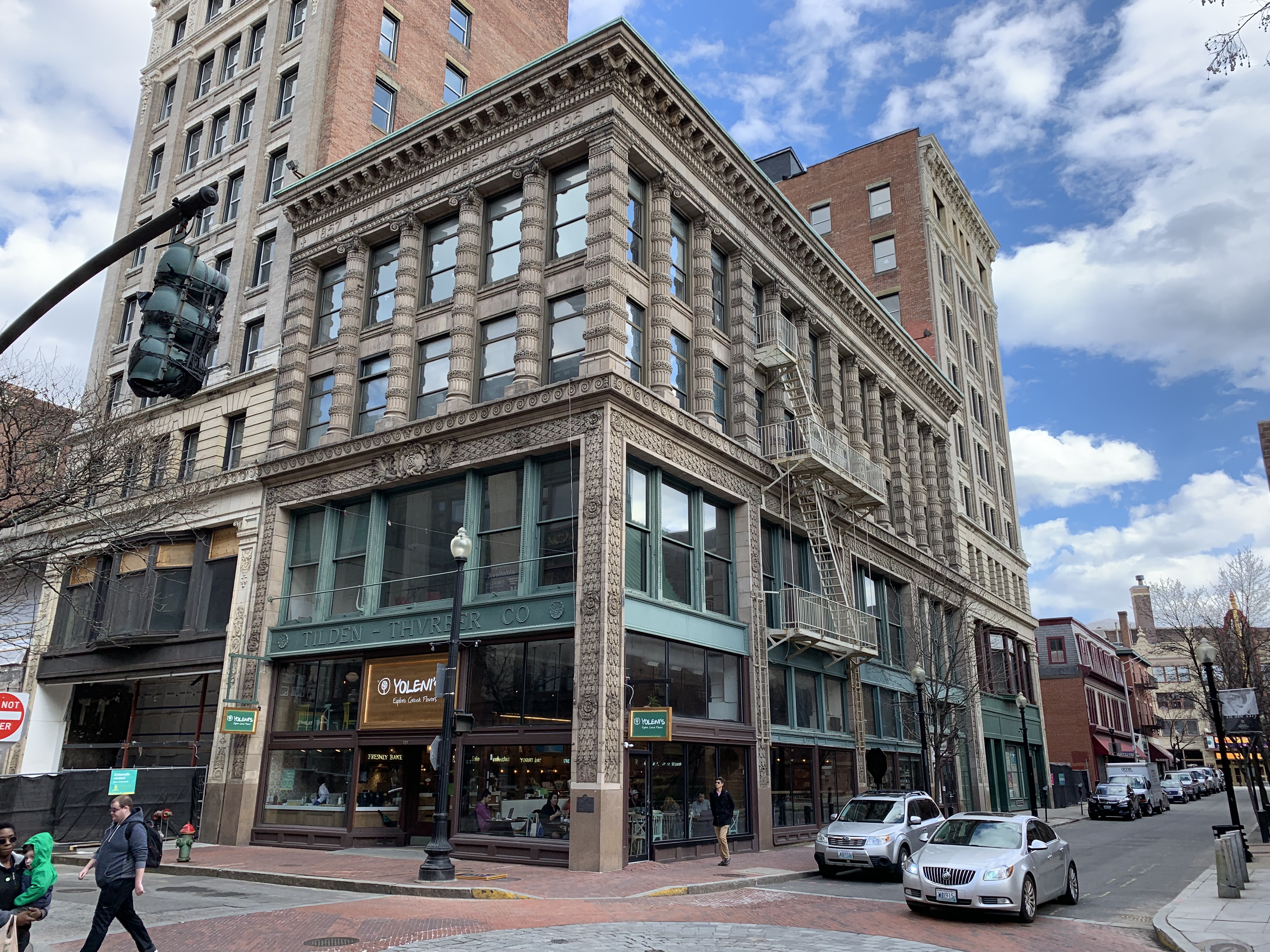 There are long treatises on the topic of the aesthetics of the machine age, starting in the nineteenth century and working their way up to the present. That topic includes everything from the precisionists to steampunk. Great stuff, but not what I want to talk about.

The machine-made mass production of architectural elements in the nineteenth century – including interior plaster moldings, door and window hardware, and facade elements in sheet metal, cast stone, and terra cotta – revolutionized the appearance of ordinary commercial buildings. The Tilden-Thurber building on the corner here (in Providence) is just a small office building, but in 1895 it was possible for it to be built with a fantastic two-story arcade at the top thanks to the availability of terra cotta. (The very open ground and second floor facades are thanks to a different technology, steel skeleton framing.) Thirty years earlier, this building would have been much plainer, in part because of fashion but in part because carved stone ornament or fancy brickwork would have been too expensive. You can argue that the mass-produced ornament lacks the personality of hand-crafted work, but that’s the equivalent of saying you’d rather have a plain brick box, since hand-crafted ornament simply was not going to happen here.

One other note, on contextualism. The taller building that wraps around T-T has a third-floor water table that exactly matches. Whoever designed that building wanted to be a good neighbor, architecturally. The buildings are very different but they present a united streetfront.